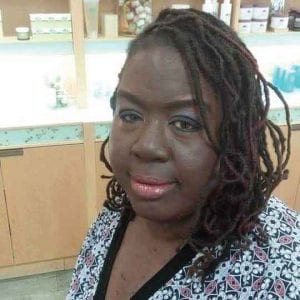 July 31, 1969- June 16, 2019
Angela L. Davis, the Founder of For Kidney's sake, was born in Queens, NY.  Angela attended both high school and college in New York City, and eventually migrated to Albany, NY where she lived for approximately 18 years. It was in Albany, NY where she used her talents and interpersonal skills to shape a career that began in the political arena where she worked as an Administrative Assistant for a State Senator, a top Legislative Assistant and Office Manager to a State Assemblyman, and subsequently being hired as a consultant by the NYS Black and Puerto Rican Legislative Caucus to develop their Caucus Weekend event. When she stepped away from politics she followed another passion of hers which is business.

She began working for the SUNY Albany Professional Development Program Computer Training Unit where she started as a Junior Education Specialist and worked her way up to a Senior Education specialist in 3 years. Here she traveled throughout the state teaching various software skills to State employees and also developing curriculum for proprietary software purchased by the State for its various agency employees. Years later she left the Professional Development Program to start her own business which was a result of her greatest achievement …. The adoption of her son Lewis Elijah Davis.

In 2008 when she was diagnosed with End Stage Renal Disease (ESRD) it was both shocking and devastating to both Angela and her family. She was hospitalized for about 4 ½ months while her aging mom lay in a Nursing Rehabilitation Facility during the same period. But Angela never asked “Why me?” instead her response to the staff was “What happens next? When and how can I get on a transplant list?” It was this attitude that kept her going. Along with her strong faith in God, encouraging strength and spirit, and the belief that her life has a greater purpose that is not yet fulfilled; this has kept her going for these 8 years on dialysis.

In 2012 after being on dialysis for 4 years Angela had volunteered as a Patient Advocate for 2 ½ years and had heard the many stories from and seen a lot of the depression and isolation first hand. It was then that For Kidney’s Sake was! FKS was developed out of partial frustration with the way the health system treated CKD/dialysis patients and a desire to be a powerful force for change in the way CKD/dialysis patients live their lives. Angela’s motto: “I have kidney disease, kidney disease does NOT have me!  I became the CEO of For Kidney's Sake in July of 2017.