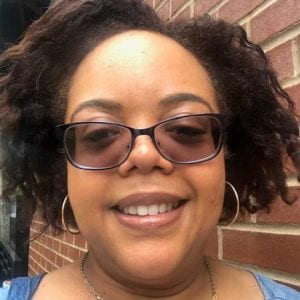 Melanie Collier joined the For Kidney’s Sake board as Treasurer in 2018. Melanie was born and raised in the Bronx and attended Riverdale Junior High School #141 and the Bronx High School of Science before moving upstate to attend SUNY Albany.

It was during this time in the early 90’s that she met and became great friends with For Kidney’s Sake president, Angela Davis. It was also during those years Melanie married the love of her life (also from the Bronx) and began her family which now includes three kids and a grandson.

After many years of full-time work, wife, mommy duties and part-time weekend college, Melanie earned her bachelor’s degree in Business Management from Marymount College of Fordham University. Shortly after getting her degree the family moved to Westchester, NY where she began her career as a Paralegal and where they continue to reside today.

Melanie and Angela rekindled their friendship via Facebook a few years ago. When she learned about the wonderful work that Angela and the organization was doing, Melanie was eager to help

LATEST FROM THE BLOG

A Couple of Warriors

Patient To Patient – “The Patient Navigator”

Coping & Thriving With The Challenges Of Kidney Disease